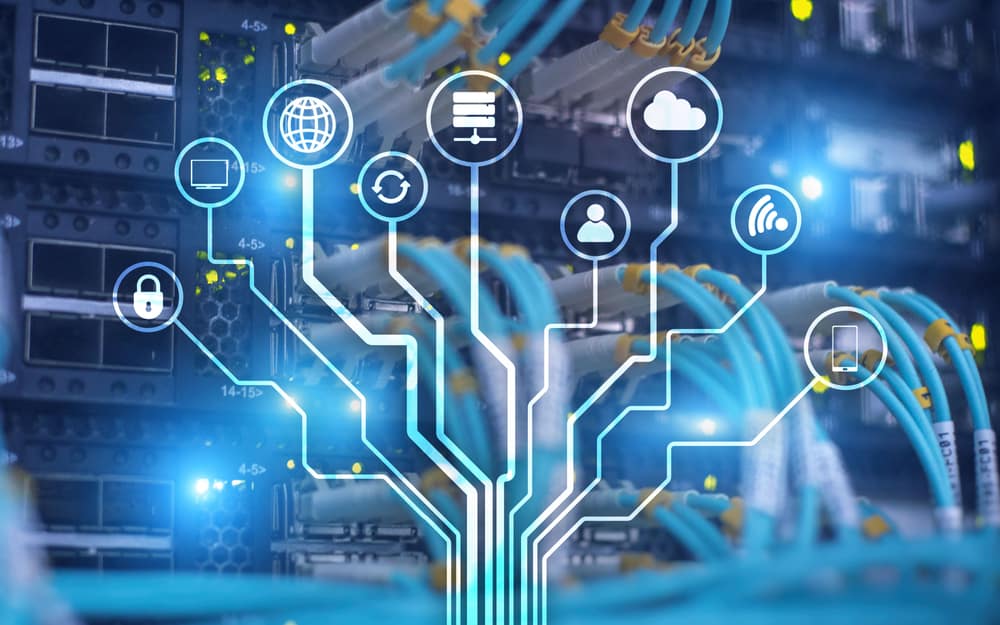 Infrastructure as code, or IaC, uses software abstraction to separate infrastructure configurations from the underlying hardware, allowing you to write configurations as repeatable scripts that you can deploy to many different devices. It also facilitates automation and orchestration through tools like RedHat Ansible, which stores and automatically executes configuration scripts according to predefined playbooks.

IaC is used traditionally for physical and virtual server configurations, but you can also use it to create and maintain virtualized network device configurations. This is sometimes called network infrastructure as code or software-defined networking (SDN). SDN goes beyond just abstracting configurations from the underlying networking hardware. It virtualizes your entire network, creating an overlay for managing and optimizing network routing, load balancing, segmentation, and more.

IaC is an immutable infrastructure best practice because it allows you to create and deploy configurations quickly and at scale. It enables truly immutable infrastructure that you can copy, delete, and replace at will. Without IaC, you must provision each new and updated instance manually. Even with a large team of engineers, updates could take a long time, and intermediate periods during which different versions of the same server or network configuration were active simultaneously will appear. Plus, manual configurations are error-prone, and mistakes could create vulnerabilities in your network.

A golden image is a standardized template for physical or virtualized infrastructure. You start with a base image with only the software and settings required universally across all instances of that device. Then, you install any agents or services needed for monitoring, threat detection, analysis, etc. Finally, you harden the image with security policies and tools, and patch any known security vulnerabilities. Once the golden image is complete, you freeze it so no further changes can be made.

Best practices for creating, securing, and updating golden images for immutable infrastructure include:

Golden images for virtualized servers and network devices can be deployed, modified, and updated through IaC orchestration platforms—Like AWS, Azure, etc. This further streamlines the provisioning of immutable infrastructure, ensures consistent configurations across instances, and facilitates fast and easy scaling.

You should strive to make infrastructure and data as ephemeral as possible. Still, there are cases where you’ll need data to persist as you’re creating, deleting, and copying immutable resources. For stateful and persistent data, you should use mountable storage attachable to new instances when old ones are terminated.

Make sure you separate the ephemeral data from stateful/persistent data, so you only keep what you absolutely need to. This will help you reduce storage costs and simplify your overall operations. In addition, you should ship log files off immutable instances and send them to a centralized monitoring server as frequently as possible to ensure they persist.

ZPE Systems can solve all these challenges with the Nodegrid network orchestration solution. Nodegrid supports network functions virtualization (NFV), which turns your physical networking appliances into virtualized solutions you can configure and manage through IaC and SDN. Nodegrid’s vendor-neutral serial console servers also support legacy pinouts, so you can bring your legacy physical infrastructure under your immutable orchestration umbrella.

The ZPE Cloud network orchestration platform can also control remote data center, branch, and edge infrastructure. You can host your choice of SD-WAN (software-defined wide area networking) solution on your Nodegrid devices or use ZPE Cloud’s SD-WAN app. This technology allows you to extend the reach of your virtualized network orchestration to your WAN architecture. To dig even deeper, you can use the SD-Branch app to control branch and edge LANs as well.

See how Nodegrid can help you implement immutable infrastructure best practices in your enterprise.