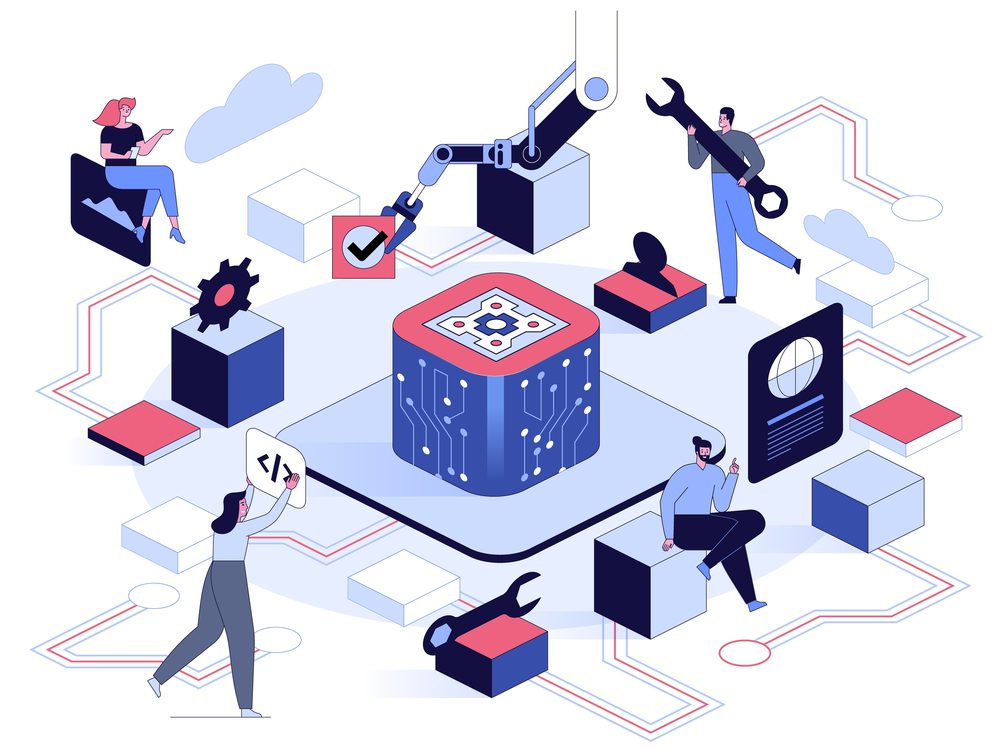 As enterprise networks grow more complex and distributed, the need for network automation is rising. Automation can help you manage your network more efficiently, but only if you use it correctly. This article discusses the three best network automation practices as you begin or continue your automation journey.

Network automation uses software abstraction to turn configuration and management workflows into repeatable scripts at a basic level. This is known as software-defined networking, or SDN. For 2022, network automation best practices are focused on simplifying SDN through low code technology and vendor-neutral orchestration, as well as creating more holistic automation strategies with the NetDevOps methodology. Let’s take a deeper look at why these automation practices are so essential for the present and future of your organization.

The network automation skills gap is one of the biggest hurdles organizations face when adopting automation tools and practices. A recent survey found that only 3% of enterprise networking teams have the automation knowledge required to support their business’s network automation strategies. Part of the problem is that a software-based approach to networking involves writing and managing code, which many network engineers can lack experience in. That’s why the concept of low code network automation is beginning to gain traction in the industry.

Low code isn’t new—it’s been used for web and software development for years—but it’s only now starting to catch on in the networking world. Years ago, you had to know HTML, CSS, and other programming languages to build a website. Now, various tools let you drag and drop (Wix or SquareSpace, for example) instead of having to type lines of code. Low code technology gives engineers a GUI (graphical user interface) with which they can create and manipulate SDN code. Low code network automation abstracts away most of the underlying programming, so engineers can use visual models, drag-and-drop elements, and WYSIWYG (what-you-see-is-what-you-get) interfaces instead of writing and editing code. At the same time, team members with SDN and programming experience can still access the underlying code as needed to create fully customized and automated network architectures.

Low code technology is a network automation best practice because it can bridge the skills gap in your network engineering team, allowing you to implement network automation faster without needing to retrain team members (or hire new ones).

Most enterprise network architectures include hardware, software, and automation solutions from multiple vendors. This creates a challenge for network administrators, who need to learn how to configure, deploy, and manage each of these components. A multi-vendor enterprise network can grow very complex, which increases the chances of human error during configurations and changes. Misconfigured infrastructure is a leading cause of security breaches, so this isn’t a challenge you can afford to ignore.

Network automation helps reduce human error by standardizing network configurations, but automating a multi-vendor architecture also presents its own challenges. You still need a way to manage and orchestrate all your automation scripts, APIs, playbooks, and tools. If engineers still need to learn and individually manage a variety of new scripting languages, automation tools, and vendor-specific processes, you’re still at a high risk of human error.

That’s why centralized, vendor-neutral orchestration is crucial for effective network automation in a multi-vendor enterprise environment. There are now modern orchestration platforms that are vendor-neutral, so you can store and manage your diverse set of automation tools behind one pane of glass. It should also be able to hook into every component of your network, no matter where it’s physically located or which vendor it belongs to. That way, you can ensure there are no gaps in your automation and orchestration coverage—which means fewer manual processes, and fewer opportunities for human error.

Vendor-neutral orchestration is a network automation best practice because it allows engineers to control a complex, automated enterprise network infrastructure more effectively and accurately. Plus, many tech giants are focusing more on adopting these best practices due to recent outages (like the Facebook outage).

For most enterprises, the IT department is more than just the networking team—often, there will also be a development team and an operations team. The development team writes, modifies, tests, and supports software code. The operations team configures, administers, and supports the servers (virtual or physical) and cloud platforms that host your enterprise resources, as well as the laptops and other devices people use to connect to those resources. None of these teams can work in a vacuum because their workflows overlap and often depend on each other. Similarly, the technology and processes they’re responsible for relying upon each other as well—for example, applications are developed and hosted on servers (whether physically in a data center or abstracted in the cloud), and the network needs to connect users to those servers so they can access the applications.

Automation makes networking, development, and operations processes more efficient. While it’s certainly possible to implement and manage automation separately for each of these, you’ll see even greater benefits from combining the three. Removing the barriers between these teams allows you to plan new initiatives, like automation with a more complete and holistic view of your business’s IT architecture. It also facilitates better collaboration between networking, development, and operations teams to work more efficiently and with a greater understanding of the business’s ultimate goals. This practice is known as NetDevOps.

The NetDevOps methodology recommends automating and integrating processes from across all your IT teams by:

NetDevOps is a network automation best practice because it creates a more holistic automation strategy and a more streamlined IT department that understands and supports your business goals.