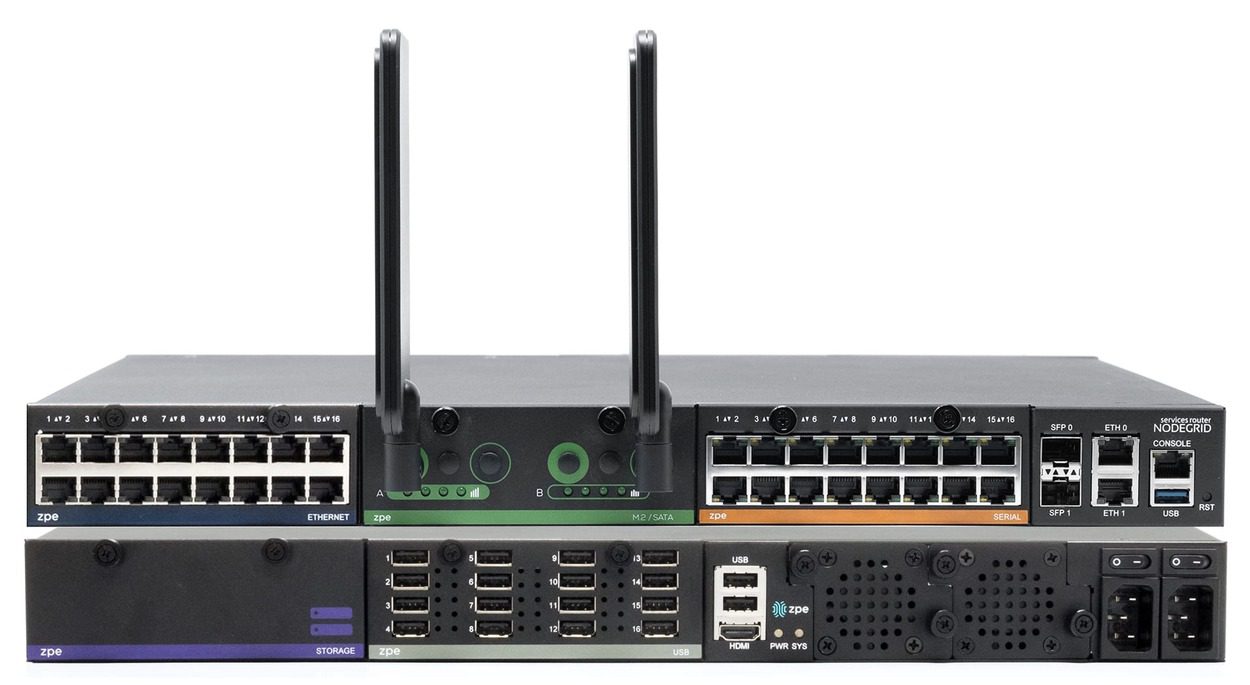 Let’s define the network functions provided by these devices and describe how cellular failover fits in. We’ll start with bridges, which provide the least amount of functionality.

What is a cellular failover router?

This router connects multiple LANs together but can also forward traffic to and from locations outside the domain. It forwards packets on the network layer of the OSI model (layer 3) using IP addresses. A basic router does not provide access to the internet—it must route traffic through a modem to forward packets outside of the LAN.

What is a cellular failover bridge?

A network bridge connects multiple local area networks (LANs) into a single domain but is not capable of moving data outside of the domain. It forwards frames on the data link layer of the OSI model (layer 2) using MAC addresses (also known as physical or hardware addresses).

A cellular failover bridge is essentially a device that connects the primary network to the cellular failover network so LAN devices can access that network if the ISP connection goes down. Usually, these come in the form of cellular modems configured in bridge mode. A cellular modem in bridge mode provides internet access via the cellular LTE network and gives devices on the LAN a link (or “bridge”) to cross over to that cellular network. It does not provide routing functionality itself, however, so it needs the primary router for that. 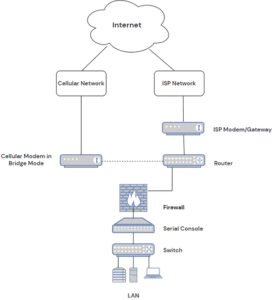 What is a cellular failover gateway?

A gateway is a device that connects multiple networks with different transmission protocols together. All traffic flowing into and out of an enterprise network must pass through a gateway. Network gateways combine the functionality of a modem and a router, so they provide both an internet connection and the ability to route packets to and from IP addresses. That’s why cellular failover routers—which combine a cellular internet connection and IP routing—are frequently called cellular failover gateways.

Generally speaking, the terms cellular failover router, bridge, or gateway refer to standalone devices. Often, they’re designed to provide simple cellular connectivity and rely on the primary router/gateway in order to function, such as Cradlepoint cellular failover adapters. Another option is to get a standalone cellular gateway, such as a Meraki, that you deploy alongside your primary router and fail traffic over to when the primary connection goes down.

In both cases, you’re investing in a single-purpose cellular failover device that must be purchased, installed, and managed in addition to the primary gateway router, network switches, serial consoles, etc. While this may not seem like a big deal in a single-site, centralized enterprise LAN, it grows much more onerous in a large and distributed network with many remote sites and a complicated SD-WAN architecture.

A much better option is to buy an all-in-one device that combines many networking capabilities into one, such as a Nodegrid Services Router. Nodegrid devices include production gateway, routing, and switching functionality in addition to cellular failover, remote out-of-band (OOB) management over serial, and more. 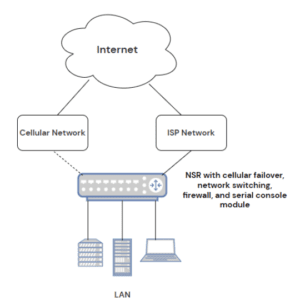 The Nodegrid solution is highly customizable, with six integrated routers to choose from depending on your deployment size and use case. The most flexible option is the Nodegrid Net Services Router (NSR) with a modular design that lets you swap out expansion modules to get the exact functionality you need without paying for extras that you don’t. A single Nodegrid device can replace an entire rack of networking equipment, simplifying deployments in branch offices, edge computing data centers, manufacturing plants, and other remote sites.

Plus, Nodegrid’s vendor-neutral hardware and software allow you to consolidate infrastructure management behind a single pane of glass. You can use Nodegrid to orchestrate cellular failover, SD-WAN, DCIM, and more over a dedicated, reliable, and blazing-fast OOB management network.

To learn more or see a demo of Nodegrid in action, contact ZPE Systems today.