Creating the Future of Network Automation 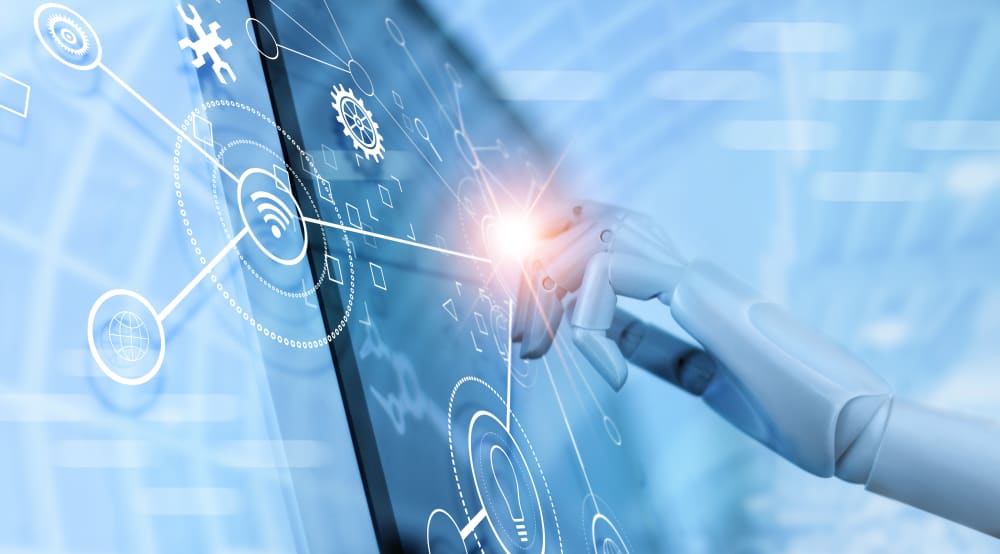 The future of network management will focus heavily on automation. While many organizations already employ network automation in some form or another, full implementation still lags far behind other areas of IT such as development and infrastructure (server) management.

Currently, network automation focuses on individual tasks and suffers from several limitations that prevent networking teams from using it effectively.

ZTP automates one individual workflow to solve a specific problem, but it does not eliminate the need for human intervention. Someone still needs to create the configuration script, monitor for deployment errors, and, if necessary, manually troubleshoot failures and other issues. With any network administration workflow, the more a human gets involved in the process, the higher the chances of mistakes, which increases the risk of an outage. Currently, most network solutions don’t allow for enough automation to remove the human element entirely.

Lagging behind infrastructure and software automation

Thanks in part to the popularity of the DevOps methodology, automation has made great leaps forward in the realms of IT infrastructure management, software development, and software testing. For example, technologies like immutable infrastructure and Infrastructure as Code (IaC) make it possible to automate almost every aspect of deploying, managing, scaling, monitoring, and troubleshooting servers and development environments. However, on the networking side of operations, automation is still lagging behind.

There are a few reasons for this delay. First, network architectures still tend to rely on legacy, hardware-based solutions which may not support software-defined networking, immutable principles, or automation paradigms. Second, there’s a network automation skills gap, which means network engineers and administrators don’t have the training or experience needed to work with software-defined networking code and other automation technologies. And third, many network solutions are still closed ecosystems which makes it difficult or impossible to integrate third-party automation and orchestration tools.

Looking into the future of network automation

Hyperautomation is the practice of automating all (or most) network management workflows to eliminate human intervention. That means every workflow and process needed to achieve a certain outcome is automated, including error correction and other troubleshooting if a particular step fails. Hyperautomation is only achievable with an orchestration platform, which essentially automates your automation. A network orchestration platform gives you a centralized, big-picture overview of your entire network architecture and every automated workflow. This allows you to monitor your hyperautomation processes and, if necessary, manually intervene to fix problems or update workflows. Hyperautomation significantly reduces manual work, which decreases the chances of human error.

Obviously, the easiest way to modernize your infrastructure is to simply replace all your legacy hardware with virtualized, cloud-based solutions, but this is unrealistic for most organizations. It’s much less expensive, time-consuming, and disruptive to slowly upgrade your infrastructure over time, but that means you need a way to integrate automated processes with your legacy hardware. A legacy modernization solution (such as ZPE’s Nodegrid Serial Console R-Series) acts as a bridge between your old network hardware and your modern network automation platform.

These solutions directly connect to both your legacy hardware and your upgraded infrastructure, which allows you to manage both from a unified control panel. They also integrate with modern network orchestration platforms, so you can extend automation technology like software-defined networking and hyperautomation playbooks to your legacy devices. This will make it possible to increase your network automation efforts to stay ahead of evolving business requirements and DevOps initiatives.

Low-code network automation seeks to bridge the skills gap by reducing the need for manual coding. Low code solutions hide most of the underlying programming behind GUIs (graphical user interfaces) which administrators use to create and manipulate software-defined networking code and automation playbooks. At the same time, engineers who do have programming experience can still access that underlying code to supplement the capabilities of the GUI for more advanced workflows.

Low-code solutions represent a way into the future of network automation for organizations that currently suffer from a lack of resources and expertise. This future is made possible thanks to low code network automation pioneers like Gluware and Anuta ATOM.

The future of network automation is vendor agnostic (also known as vendor neutral). Current network solutions with closed ecosystems provide some built-in automation capabilities but make it difficult to integrate third-party automation scripts, low code tools, and orchestration platforms. A vendor-agnostic network solution includes open hardware, Linux-based operating systems, and an orchestration platform that supports integrations with your choice of third-party tools and software. Vendor-agnostic solutions make it possible to automate and orchestrate your entire network from one centralized control panel without any gaps in coverage.

Vendor-agnostic platforms also give you the freedom to adopt new network automation solutions without needing to purchase additional proprietary hardware to host them. For instance, AIOps is an emerging technology which uses advanced artificial intelligence algorithms to detect, prevent, and even predict new cybersecurity threats. This network automation technology is better at identifying novel malware and advanced persistent threats than traditional intrusion prevention systems because AI is able to extrapolate and predict new risks based on past data, even if it hasn’t seen that particular attack method before. A vendor-agnostic network platform can host or integrate with third-party AIOps solutions and other cutting edge technology so your organization can stay ahead of the curve.

Creating the future of network automation with ZPE Systems

In the future, network automation will evolve into hyperautomation, legacy devices will be brought under the same management umbrella as modern solutions, low code automation will bridge the skills gap, and vendor-agnostic platforms will make it possible to automate and orchestrate an entire network architecture from one centralized control panel. Luckily, you can create this future now with the help of ZPE Systems.

ZPE’s Nodegrid is a holistic network orchestration platform that helps you overcome network automation challenges with forward-thinking solutions. ZPE Cloud unifies the management of your entire network architecture behind one pane of glass, so you have a complete overview of and control over all your automation. Nodegrid’s vendor-agnostic hardware and software support seamless integrations with your choice of third-party automation workflows, legacy devices, and low-code tools. With Nodegrid, you can accelerate your network automation efforts now and stay ahead of future automation trends.

Want to know more about how Nodegrid can create the future of network automation?